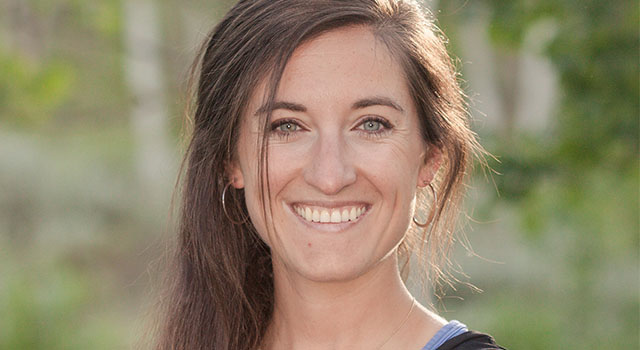 As a child, Brittany Phelps always dreamed of owning a yoga studio. As she grew, she gained more knowledge around the art of yoga and became an instructor. Eight months ago, that dream became a reality. Not one to take risks, she took a risk when she took over ownership of Yoga for the Peaceful in Crested Butte, Colorado.

Early on, Brittany experienced difficulty deciphering business documents. Another challenge she faced was learning how to navigate the ebb and flow in customer traffic that happens in a tourist destination.

“It was a steep learning curve,” said Phelps.

Brittany reached out to the West Central Small Business Development Center in Gunnison. She received mentorship and business consulting that she believes were essential to her success. SBDC provided instruction and direction so that she could learn to put the pieces together herself, which has contributed to her success as a small business owner.

The business continues to grow and Brittany continues to work with SBDC. Part of the success of Yoga for the Peaceful is due to Brittany’s commitment and personal investment in her business. She is driven, intelligent, and has grown her business acumen to run a successful business. 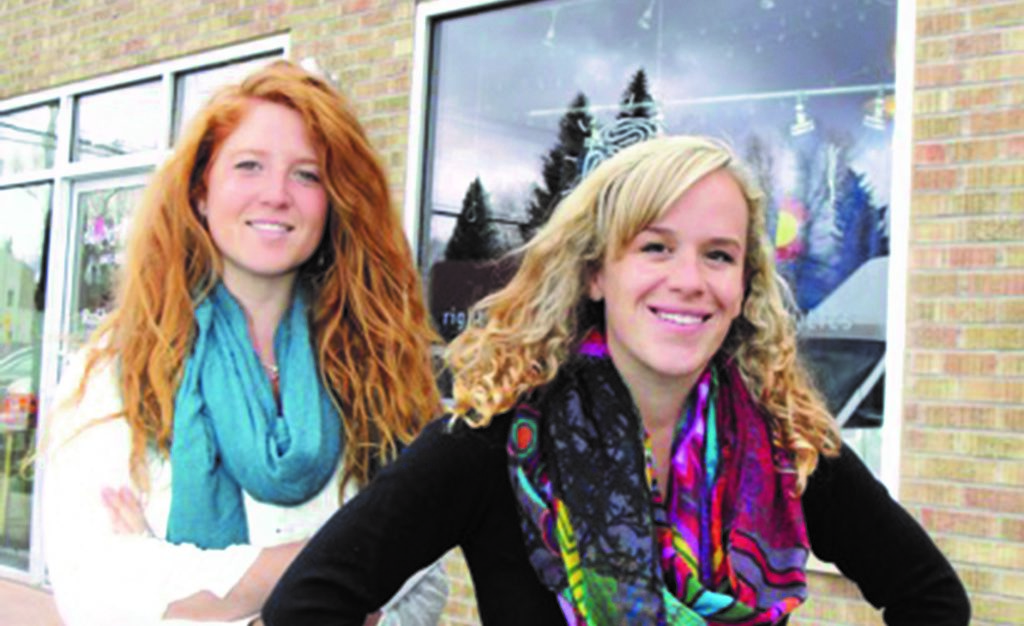 Mallory Logan has moved from employee to owner of RoShamBo, a marketing and design shop. This out of the box creative business is celebrating its seventh year in business in Gunnison.

“I started as an intern when I was a graphic design student at Western in 2008,” Mallory said. “ I have loved every minute of being here.”

The creative firm was founded by Delaney Keating, who mentored Mallory to eventually take over the business. They have worked for two years in the transition and called on the West Central SBDC. SBDC assistance included coaching the new owner and laying out the steps to acquire a loan for the buyout.

“Marilyn Laverty was so helpful in answering all my questions and so enthusiastic!” states Logan. “The SBDC is an amazing resource for entrepreneurs!”

“Mallory is creative and bold in her ideas, with a great level of commitment to customers and the end project, “ Keating said.

A major portion of RoShamBo’s business is outside of the Gunnison Valley. The firm won the statewide tourism award for their design of the Lake City Visitor’s Guide. Assisting Logan is the dynamic redhead, Keela Gendron. Mallory hired Keela full time and she is excited to take on the training role and give back the mentorship that she received. 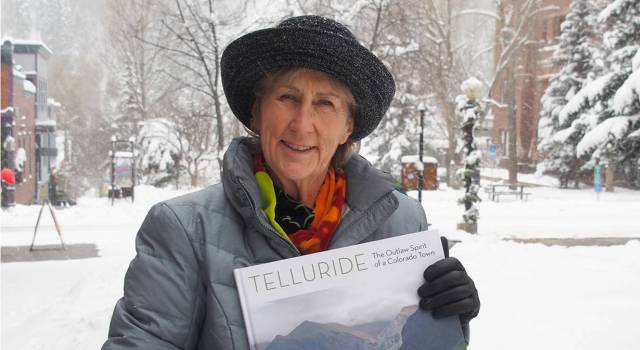 Ingrid Lundahl wanted to publish a table top retrospective book of her photos from the late 1970s up to present day from around Telluride and at various events she attended. Ingrid felt that she had captured the essence of Telluride during this time as she photographed many stars and musicians who have graced this outrageous little mountain town, in addition to images of its dazzling beauty. A congenital chronicler, Ingrid couldn’t help but capture all sorts of madness that happened before the town was discovered…nude skiing, ski sacrifices, pig roasts and local performances. She had located a publisher but didn’t know what else she needed to do.

A friend told her about the SBDC. After her first meeting with Susan Bony, SBDC consultant, Ingrid was ecstatic. Ingrid could see her vision actually becoming a reality. Susan walked her through the steps needed to legally create her business, book pricing and discounting, record keeping and promoting her book. Ingrid worked diligently on her “to do” list.

Ingrid said, “It was wonderful having someone she could call and ask for help, not just once, but over time as questions arose.”

Time passed and one day 5,000 copies of her beautiful hardcover table top book arrived at her door. Ingrid’s dream had become a reality because of the SBDC. 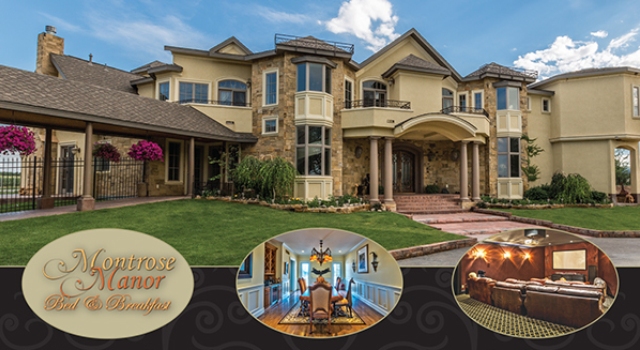 Freddie and Tom Hancock took one look at their new home in Montrose and saw something beyond a magnificent house. Their dream was to transform it into a bed and breakfast, plus a base for their not for profit animal rescue operation. Familiar with SBDC consulting services in Arizona where they had moved from, the Hancocks contacted the SBDC for assistance in achieving their dream.

Freddie gave the SBDC consultant a tour of the 12,500 square foot home and surrounding acreage, detailing her and her husband’s ultimate vision of the property. Returning a few days later, the consultant discussed a strategic plan for creating their vision. She recommended specific marketing strategies, promotional venues and also provided Freddie with names and phone numbers of contacts that she needed to complete the plan. As Freddie and Tom were new to Montrose, the consultant suggested many critical vendors to launch their plan.

Reviewing their five-year financial forecast, the SBDC consultant provided instruction in Excel so that Freddie could complete her application for a bank loan. The loan was approved and they moved forward and opened.

When it came time for their first magazine ad to be designed, they sought the input of their SBDC consultant for coaching on ad content, photographs and layout. Two different sales brochures were recommended – one for the B & B and one for special events. After reviewing their drafts, the SBDC consultant helped them target their message. Planning for their first overnight guest was again supported by the consultant as she is a trained chef and has B & B experience. On top of this, she provided comments on their sign-in forms plus recipes and food plating tips. Needless to say, the Hancocks were thrilled with the ultimate outcome. With their sign hung on the street and their doors officially open, the Montrose Manor B & B has hosted two successful community events and several overnight guests.

“We wouldn’t be where we are today without the competent help and support from our local SBDC consultant. We are living our dream,” said Freddie. 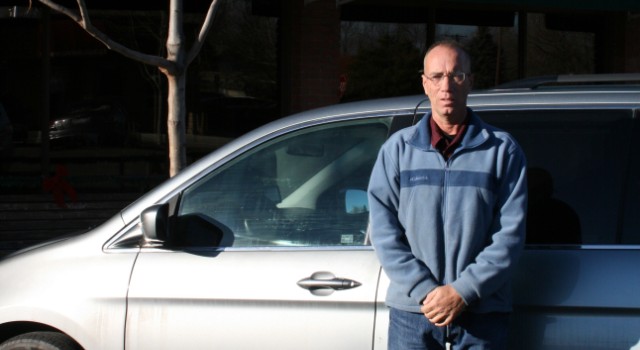 Disabled veteran John Casedy doesn’t drink alcohol; however, he enjoys the social part of going to the local bars. Recently, one night he stayed until the bar closed. He noticed that everyone left and drove home – sober or not. He offered to take several folks home who clearly shouldn’t have driven. During the drive, they discussed the need for a taxi service from the bars. John saw this business opportunity. The next day, he started researching his new business idea. He spoke with local bar owners, the chief of police and bar patrons. John wanted to provide a limited taxi service from Montrose bars Thursday through Sunday nights. All of the bars liked the idea. Several of the bars owners said that if he charged a flat fee, they would be willing to add it to their customers’ bills and pay him later. This would make collecting his payment easier and help ensure their customers would use his services. John had no idea what to do next. He mentioned this to one of the bars and they suggested he contact the SBDC. He went online and signed up for consulting.

John said he was nervous before he met with SBDC consultant, Susan Bony. He didn’t know what to expect. He thought that the Susan would think he was stupid because he didn’t know what to do. During his first conversation with Susan, John explained his background and his business concept. He then asked what he needed to do next. Susan was great at asking questions and provided a review of the SBDC Business Resource Guide, which she gave him to take home. Next, she gave him a list of things to do and the places to go to find the information. John said that he was “totally blown away.” Susan understood his vision and gave him a written game plan. She really listened. Subsequent meetings helped him “drive” through the process of launching his bar taxi service. Susan also helped him with his marketing and instructed him how to partner with the bars in his marketing expenses and promote his business. She also helped him write a news release, took a picture of him with his taxicab, and provided him with media sources to send it to. Lastly, Susan suggested ways to grow his business when he was ready by also providing airport taxi service.

John is excited that Montrose Eagle taxi service is a reality, thanks to the SDBC.

Sign up to get relevant news and updates regarding small business delivered to your inbox.